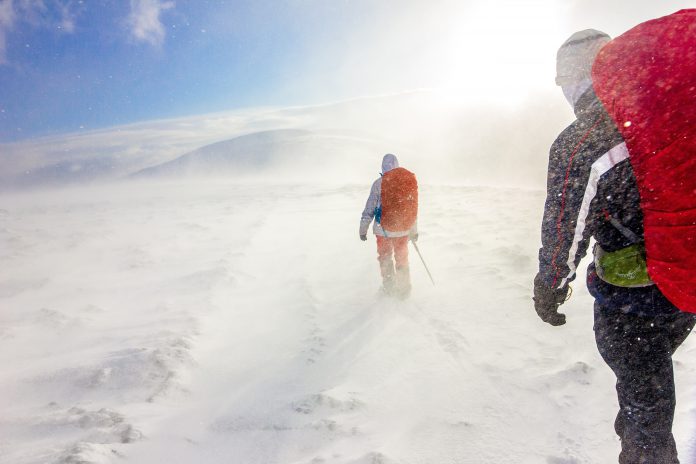 Ranked on Vivino as among the top 1% all wines in the world, let’s just say this bottle of brilliance is also...
Read more
Wine

Sauvignon Blanc is the flagship varietal of New Zealand, and this one is a prime example as to why.  Fresh notes of...
Read more
CBD Products

Have you seen people jumping in freeze tanks claiming it boosts the immune system, helps improve metabolism and a host of other benefits? It might sound incredibly uncomfortable, but there seems to be something to it. Just ask Wim Hof, the Dutch athlete who led the craze with what’s now called the “Wim Hoff Method” – but, who is Hof really and what is his cold therapy method all about?

Who is Wim Hof?

Wim Hof, also known as “The Iceman,” is an extreme athlete – and we do mean “extreme.” He once climbed Mount Kilimanjaro in shorts, swam underneath ice and even ran a half-marathon in the arctic circle barefoot, but the most amazing thing Hoff has done is show science that the human body is capable of incredible things.

According to his website, Hoff has “Shown scientifically, that the autonomous nervous system related to the innate immune response, can be willfully influenced, something that was previously unknown to science.”

Related Article: Are You Drinking the Wrong Water?

What is the Wim Hof Method?

The Wim Hoff method uses cold therapy, breathwork techniques, and commitment to push your physiological boundaries. These are the techniques which The Iceman claims helped him accomplish such incredible and seemingly-superhuman feats.

In a study published in 2014, volunteers who trained in the method demonstrated control over their sympathetic nervous and immune systems. Subjects who were injected with a harmless endotoxin that should produce symptoms were able to exercise voluntary control over their bodies’ response, thereby avoiding illness. The study suggests that the method allowed subjects to change how their physiology reacted to the toxin. Could have incredible implications for treating other illnesses?

Related Article: Breathing: How To Do It Properly & Feel Amazing!

Part one is cold therapy, wherein practitioners expose themselves to cold temperatures, mostly via ice baths, as a means to boost immune systems and metabolism. Athletes often incorporate cold therapy to soothe inflammation in sore muscles and help improve recovery time. Fans of the process say it also improves sleep.

Part two is the breathwork, which consists of 30 to 40 strong deep breaths in quick succession. You hold the last breath, exhale fully, and then hold again, inhaling only when necessary. With this recovery inhale, you take a very deep breath, hold for 15 seconds and then exhale. This cycle can be done three to four times.

This breathwork routine will likely lead to a tingling sensation and may lead to lightheadedness. This is part of the process, but it’s important to recognize that there may be risks for individuals with certain medical or respiratory conditions. Consult your doctor before trying breathwork exercises, and make sure you practice in a safe place.

Related Article: 20 Fun Ways to Get In Shape

The third and final part of the method is commitment and willpower. Resisting the urge to hop out of an ice bath immediately is indeed a difficult test! Wim Hof sees this as part of the process when it comes to training your brain and body to be resilient. In testing yourself and putting in the commitment, you’ll become more capable of harnessing your body’s power to respond to illness and stressors.

What does science say about the Wim Hof Method?

The Wim Hof method website claims people who use this technique may experience benefits such as:

The website links to various studies that dive into the physical mechanisms at work. Other studies have shown that breathwork can voluntarily regulate the physiological responses to extreme cold which we would ordinarily expect. Some imply that the Wim Hof method could be used as therapy for pain management in illnesses such as fibromyalgia. More studies are currently underway, taking a closer look at the Wim Hof method’s role in stress management and physiological responses such as inflammation and pain.

How to learn the Wim Hof Method

The Wim Hof method has gained mainstream popularity, and there are numerous videos and written articles that go over the techniques. The Wim Hof Method website is full of video resources and courses for curious minds. Some cities also offer in-person circles in which Wim Hof Method practitioners can learn from each other and enjoy a bit of community.

If you pay attention to astrology in the slightest—or, well, use any social media platforms—you’ve probably heard people talk about the moon’s...
Read more
Health & Wellness

5 Yoga Poses That Will Help You Beat Holiday Stress

The holiday season is full of cheer, joy, togetherness, delicious meals and traditions. Still, it’s quite easy to get caught up in...
Read more

Dancing has been a part of human history since before the beginning of civilization, predating modern history and written language. The earliest...
Read more
Health & Wellness

Do you fall victim to the winter blues when the temperature plummets, or it’s dark and dreary outside? You’re not alone. In...
Read more