The Top 10 Hiking Trails in the UK 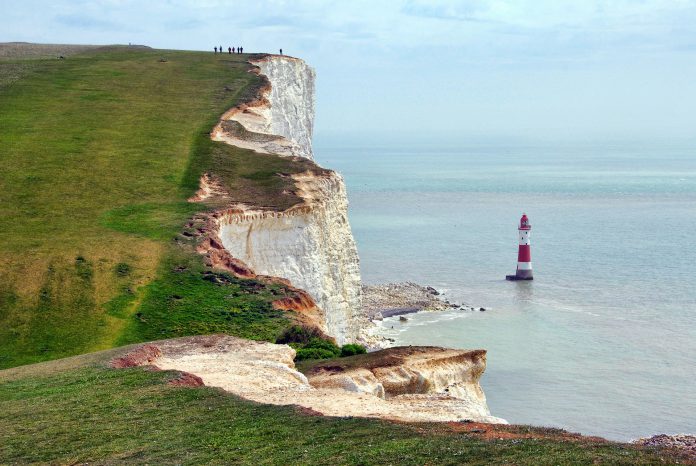 We certainly hope you’ll enjoy every sip of this bold and flavorful Cabernet from Paso Robles with its strong aromas of blackberry,...
Read more
Wine

From the Meursault region comes an absolutely enchanting Chardonnay. Powerful and seductive, toasted hazelnuts and almond on the nose give way to...
Read more
Chocolate

A full-bodied classic Rioja that is just magnificent. This one is crafted by using four different grapes: Tempranillo, Garnacha, Mazuelo, and Graciano....
Read more
Wine

You will want to own a few bottles of this Proprietary Red -- it’s delicious from the appealing start to the smooth,...
Read more
Cheese

Since the 1990s Violife has been serving up vegan cheeses that are free of lactose, GMOs, gluten, nuts, soy, preservatives and cholesterol—that’s...
Read more

Britain is home to some of the most breathtakingly scenic hikes in Europe, so some might say that choosing the top 10 is impossible. But we have done our best! So here are our top 10 hiking trails in the UK.

Why not start off with the path that inspired George R.R. Martin to write A Game of Thrones?

Hadrian’s Wall, named after the Roman emperor who built it in the second century A.D., was a divider between the Romans and the Scottish Picts in the north.

The highest section of the wall can be found (along with beautiful views of the Lake District) along the 20-mile section between Birdoswald Fort and Chollerford.

As Britain’s longest national trail, this path winds for 630 miles along a beautiful coastline. Choose the stretch of path that works for you; walk around the most southern point of the mainland (called the Lizard) or explore the white cliffs in Dorset.

This iconic trail runs from Winchester in Hampshire to Eastbourne in East Sussex, winding in an easy path through charming villages and bridleways on its way east to the sea. Perhaps the most breathtaking stop on this hike is at the Seven Sisters Cliffs near Birling Gap.

4. The Quiraing, Isle of Skye

This unique natural landmark in northern Skye, created by an ancient landslide along the Trotternish Ridge, attracts many visitors. From the top of the cliff, you will be able to take in astounding views of the Scottish islands, the people below, and the intricate natural formations of the Quiraing itself.

The West Highland Way is one of the UK’s most visited trails, and it is not hard to see why. This trail starts in Glasgow and passes Loch Lomond, Rannoch Moor, and Glencoe on its way to Fort William in the Highlands, where you can climb Ben Nevis, the highest mountain in the UK.

This enchanting trail starts where the West Highland Way leaves off, passing Loch Ness (home of the infamous monster) on its way to Inverness.

Scotland’s lochs are unforgettable and not a sight to miss; they are nearly black thanks to peat washed downhill by rainwater from the surrounding highlands. This unique coloring and usually overcast sky make for a magical, otherworldly landscape.

This charming loop begins and ends at Beddgelert’s footbridge, covering some of the most amazing views in Wales. You will marvel at the Aberglaslyn Gorge as the stormy Glaslyn River rushes nearby. Do not forget to stop and take in the tranquility of Llyn Dinas, the lake fed by Glaslyn.

If you are looking for a manageable distance with dramatic mountain views, Cwm Idwal is your best bet. Named for a mythical giant called Idwal, the mountain resides in the oldest National Nature Reserve in Wales. Perhaps the most thrilling aspect of this hike is Llyn Ogwen, the lake where legend claims King Arthur’s sword is hidden.

This breathtaking cliff-top hike in Northern Ireland is a popular spot for fans of seaside towns and dramatic ocean views. You will explore the ancient basalt columns of the Giant’s Causeway, which legend claims are all that is left of a seawall built by an Irish giant. And do not forget to stop in at the famous Bushmills distillery to try some Irish whiskey!

If you are up for a challenge, Slieve Donard will not disappoint. The five hours you will spend climbing Mourne Mountain, the highest peak in Northern Ireland will reward you with an incredible view of Scotland, Wales, and the Isle of Man on clear days.

A Beginners Introduction to the Wonders of Pilates

Are you looking for a low-impact way to get fit? Pilates might be perfect.
Read more
Fitness

In 2017, suicidal and depressed, I dropped out of Cornell University to hike Patagonia and the Pacific Crest Trail. I walked the 2,000-plus...
Read more
Health & Wellness

In 2017, suicidal and depressed, I dropped out of Cornell University to hike in Patagonia and then hike the 2,000-plus miles of...
Read more