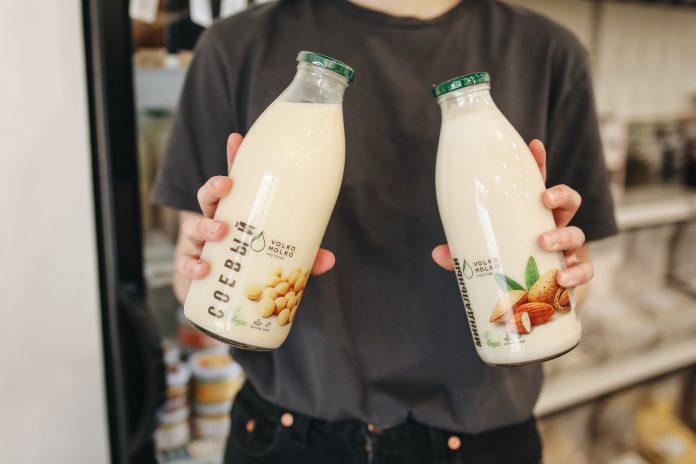 Have you always wanted to harness the power of crystals to channel your creativity but never knew where to start? Whether you...
Read more
Plant Milk

In the early 2000s, there was a rise in demand for plant-based milk options. And in the past decade, the dairy section...
Read more
Coffee

In the early 2000s, there was a rise in demand for plant-based milk options. And in the past decade, the dairy section holds a variety of options including oat, almond, coconut, soy, and cashew milk.

The plant-based milk demand increased in popularity as health is more of a priority in people’s lives. A new study showed nearly 50 percent of Americans plan to drink plant-based milk on a regular basis. Nowadays, recipes are replacing dairy milk with the following five alternatives.

One of the most familiar options is almond milk and there are many reasons it is gaining a spot into people’s refrigerators. The naturally sweet nut milk is low-calorie while still containing calcium and vitamins. Due to its thin, cow milk-like texture, it is frequently used with breakfast cereals.  Coffee shops are also picking up on consumer’s desire for plant milk and offering it as an option in their coffee drinks as it is an easy ingredient to make frothy foam for cappuccinos or lattes.

Another popular naturally sweet dairy milk replacement is coconut milk.  Smoothies can be made with coconut water but coconut milk is an excellent option for those seeking a thicker and more calorie dense smoothie. As it is extremely thick in texture and rich in taste, it can also be utilized in more savory dishes such as soups and sauces.

Soy itself is commonly known, but soy milk is lesser known as a plant-based milk substitute. In terms of protein, soy milk almost equals dairy milk, making it a fantastic alternative with similar nutritional benefits. It also closely resembles dairy milk with its smooth taste, a characteristic that makes it a perfect alternative in baked goods recipes.

Oat milk is rising in popularity due to the many positive attributes it holds. It is thick and creamy with a delicious taste, yet it remains a low-calorie option. Plain unsweetened oat milk may have fewer nutrients than other plant-based milk, but its texture works wonderfully in savory recipes. If fortified, it contains more nutrients and taste, pairing nicely with a cup of coffee.

Another lesser-known nut milk is cashew-based. It is deliciously creamy, packed with protein, low-calorie, cholesterol-free, and filled with antioxidants that boost immune systems. A recipe that cashew milk works amazingly in is homemade ice cream! With the weather getting warmer and needing ways to stay entertained at home, why not make this plant-based take on a favorite treat?

Next time you have coffee or are making soup, try substituting with plant-based milk and see what a delicious difference it will make!