Microdosing Mushrooms: The How, When & Why According To Active Users 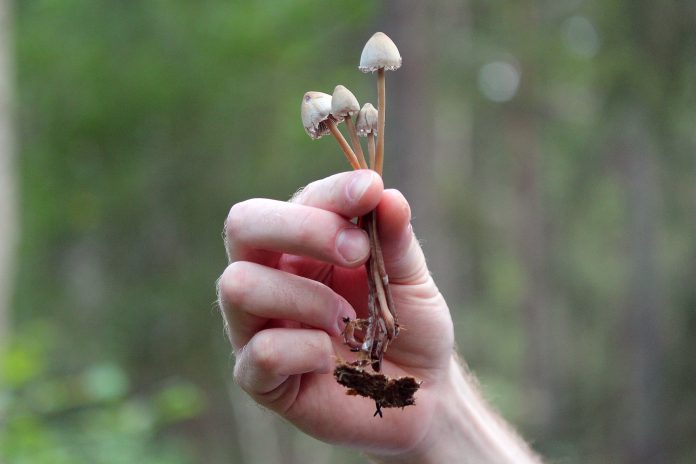 This is certainly one of Napa Valley’s finest white wines - and for good reason. By merely taking a brief whiff of...
Read more
Mushroom Products

(all names in this story have been changed for anonymity purposes)

“Buy the ticket, take the ride.”

That’s one of Gonzo journalism pioneer Hunter S. Thompson’s most famous quotes. The words often serve as allies to psychedelic journeys in which the unknown merges with reality. If you’ve ever experimented with mind-altering substances, you probably know the feeling firsthand.

Psychedelic use is often associated with the 1960s Summer of Love, unhinged back-alley episodes of Cops, Lewis Carroll’s whimsical tales of Alice in Wonderland, and even your parents’ nostalgic memoirs of their teenage coming of age.

Psilocybin, or “magic mushrooms,” are arguably the most commonly known and widely used psychedelic. Their proposed healing powers, revered for centuries throughout human history, are eclipsed by the anti-drug movements of mainstream media and the Nixon administration.

In truth, psilocybin is a class of fungi whose psychoactive compounds are known to elicit revelatory dreamlike hallucinations and altered states of consciousness. Their acceptance and use as a recreational drug was in part popularized through research and literature by midcentury psychonauts Terrance McKenna, Timothy Leary and Aldous Huxley.

Like fish, they can be cultivated or wild caught. Unlike fish, consuming their chemical properties can make users “trip balls,” as Ike from South Park would say.

Related Article: Everything You Need To Know About CBD

This isn’t some conventional off-the-wall story about falling down the rabbit hole. We’re here to dive deep into the art of microdosing; to understand what, why, and how certain individuals choose to ingest small doses of psilocybin as part of their routine.

It is important to note that psilocybin is classified as a schedule 1 substance and is still illegal under state and federal law. Just last week, Oregon voted to end the prohibition on psychedelics, while Washington D.C. voted to decriminalize their possession, joining the ranks of Denver and Oakland who had already done so.

Built around the campaign of “decriminalizing our relationship with nature,” these politically-left urban pockets have resolved not to prosecute individuals who use or consume the fungi, further paving the way for recreational microdosing — an underground practice turned trend.

One “microdoses” by taking small doses of psychedelic mushrooms, or any substance for that matter. A small “dose” of mushrooms is interpreted differently by its users, but usually ranges somewhere between 1/10 to 1/4 of a trip dose (about 1 to 3 grams of dried mushrooms, depending on user familiarity).

Those who microdose claim to do so for the plant’s holistic benefits rather than as a means of getting high.

“The first time I ever saw anything about psychedelics was on that Joe Rogan documentary, [and] that caused me to get into researching,” says Troy A., an advertising professional based in Los Angeles. “In the last 10 years, I saw that there was a lot of studies on microdosing and the benefits for people with anxiety and depression, even substance abuse. I’ve had my bouts with alcohol and definitely have fought anxiety and depression for most of my life. Iit runs in my family.”

While there is no concrete scientific evidence, and results can vary, clinical studies do claim to suggest the potential positive effects of microdosing psilocybin. Some outcomes include improved mood enhancement and focus, while other studies report improvement with anxiety and depression, as well as substance abuse, cluster headaches and even stress. Users in various Reddit threads also claim to benefit from microdosing psilocybin.

Like Troy, many who turn to microdosing psilocybin seek refuge in the drug as an alternative to over-the-counter prescribed psychotropic medications.

“Personally, I don’t feel like myself on meds,” Troy says. “I was willing to try new things so I tried microdosing shrooms. It seemed to work. I wasn’t sure whether it was a placebo effect at first. I would do a couple of weeks on and then maybe a month or two off. It didn’t seem like a crazy change, but definitely a noticeable change in my mood, how I approach things and my thought process.”

One piece of advice Troy does give to those seeking to microdose is to be self-aware. In the words of Maroon 5, it’s not always rainbows and butterflies.

Related article: Breathing: How To Do It Properly & Feel Amazing!

“Learning how to control your breathing and really just kind of feel your body,” Troy says. “You could bring yourself back down a little bit [if anxiety heightens].”

Others scout the world of microdosing for avenues of personal growth, to boost creativity, or even just to feel in tune with themselves.

“You feel a little bit more in touch with your body,” says David K., a Creative Director based in San Francisco who began microdosing at home during the pandemic as a means of inspiration for his work.

Ecotherapy: A Scientifically-Proven Method To Improve Your Wellbeing

“I like some psychedelics and the experiences that I’ve had with them,” he says. “I have always been curious to see how they could be assimilated into my work and my creative processes, as a natural kind of medicine and nootropic. Depending on the person, I think a lot of people find themselves to be a bit more productive, [but] other people don’t.”

David also likes to dip into his stash for more interpersonal reasons, like going out into nature, taking personal days, or just adding some fun into his daily routine.

David has been taking psychedelics recreationally for years and was familiar with how his body and mind would react to the drug before beginning to microdose. Others, like his co-worker Mila T., opted to take a more investigative approach before diving in.

“Mushrooms are actually the drug that I was most scared of taking,” she says. “I have a penicillin allergy, and I know it’s totally debunked, but I had heard that there could be conflicts with allergies and mushrooms. Also, I generally hate eating mushrooms.”

Mila began microdosing with a variety of substances, not just mushrooms, about a year and a half ago as an attempt to calm her creative critic and step more fully into divergent thinking.

(Further reading: Exploring the effect of microdosing psychedelics on creativity in an open-label natural setting)

“I’m a pretty analytical person. I used to rely on pot sometimes to help me see broader possibilities and play in that space,” she says. “Somewhere along the line, pot started doing the opposite. That’s one of the reasons why I started microdosing with different substances.”

Before embarking on her psychonautic journey, Mila took the time to learn more about psilocybin. She spoke with a close mycologist friend about the psychoactive effects that mycelium (mushrooms) have on the body. She gained a better understanding of our symbiotic relationship with the fungi, as well as overcame her “mycophobia,” or irrational fear of mushrooms.

“I wanted to not take them until I had positive feelings about them – and I did,” she says. “I was right. I’ve got a totally different world view now. I asked all my questions, addressed my fears, learned about the role that mycelium has in the world and as an organism.”

Once she overcame her mycophobia, she was able to incorporate microdosing into her lifestyle. She even began engaging with the drug in more social environments to further explore the medium.

“I started experimenting with the contact improvisational dance community, which is super new for me,” she says. “I’m not an embodied person, I’m very cerebral, and with mushrooms, it has actually been, in terms of micro dosing, my biggest benefit.”

Mila recently completed a 24-hour retreat where participants all took a microdose, or one capsule of grinded up mushrooms, together.

“We danced in this kind of organic blob,” Mila says. “It helped me to start understanding the benefits of microdosing with mushrooms when it comes to thinking and feeling more as a collective organism, rather than independently, and through dance.”

Like David, Mila microdoses for interpersonal reasons. Unlike her co-worker, she has not found any direct correlation between microdosing and productivity in her work.

“I have found mushrooms are great in microdosing for my sense of well-being and connection to nature and the connection with others,’ Mila says. “I haven’t been able to figure out a benefit or reason to integrate microdosing mushrooms into my actual productive work yet, but I’d like to.”

Instead, Mila likes to microdose in controlled settings as a kind of spiritual discipline, like her group retreats or by herself at home in British Columbia on a Sunday afternoon, at least once a week or every couple of weeks. In terms of consistently microdosing for work, she’s not quite there yet.

“In the larger sense of contribution, microdosing is something I do pretty consistently just for myself around recalibrating my own operating system and checking back in on the things I’m working towards for my own purposes,” Mila says. “That’s really important to me, too. To understand that I am probably made of fungus to a certain extent and might have originated from that. It really, deeply shifted my sentiments from the negative to positive about the substance.”

You can learn more about scientific studies on the effects of microdosing with psilocybin on the Multidisciplinary Association for Psychedelic Studies (MAPS) website.

Do you roll your eyes at the phrase “self-care?” You’re not alone. We don’t all have time for bath bombs and face...
Read more