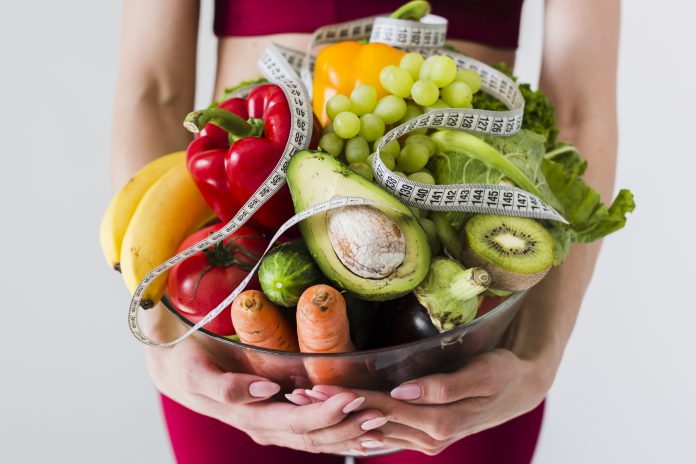 The family-run Herbivorous Butcher offers Minneapolis a wealth of vegan cheese alternatives to this city known for its traditional meat and dairy...
Read more
Coffee

Judging a Wine By the Label? Think Again!

You might think that a wine bottle label holds all the information you need: it’s a Cabernet, it says “natural” under that, and the...
Read more
Beauty & Skincare

The Best Sustainable Skincare Products of 2020

Just like all-natural, organic, and eco-friendly skincare, sustainable skincare is a tricky term. Skincare is already complicated, but toss in a lack...
Read more

Everyone knows about counting calories, but not everyone who tries it sticks with the program. A better trick? Try tracking the caloric density of your food to make smarter, healthier choices that satisfy your appetite and make you feel good.

Take doughnuts versus broccoli. Two doughnuts weigh approximately 100 grams and contain about 450 calories, but 100 grams of broccoli only has 34. That means you could eat 13 times more broccoli than doughnuts (in weight) for the same amount of calories. Sure, it’s not a sugary snack, but it will fill you up faster, longer – and you won’t have a crash two hours later.

Related Article: OMAD: The Lowdown on the One Meal a Day Diet

Caloric density is powerful for health because people generally eat the same weight of food per day (between 3-4 pounds, on average). Since the weight of your daily food intake is more or less fixed, filtering your choices by caloric density helps to modulate your overall consumption.

Low density foods tend to be more satiating than those with a greater caloric punch.  We’ve all been hungry right after eating a bag of greasy chips, but a plateful of beans and fibrous vegetables keeps your digestive system busy for hours.

Foods low in caloric density, such as fruits and vegetables, are often the most nutrient-dense (rich in vitamins and minerals), so you get even more bang for your buck.

Here is a helpful list of everyday foods ranked by caloric density (plus some additions I’ve included in the chart below):

If you fill your plate with mostly fruits and vegetables, you are virtually guaranteed to load up on nutrients while maintaining a healthy weight. Although nuts, seeds, and extra-virgin olive oil do have health benefits, you should be mindful of their extremely high caloric density and consume in moderation.

It’s important to note that protein and carbohydrates both contain 4 calories per gram, whereas fat has 9 calories per gram. In general, you want to opt for foods with a higher percentage of complex carbs and protein while minimizing added fats. Beans are a perfect  superfood example, made up of 77% complex carbohydrates, 21% protein and only a small percentage of fat.

Related Article: How To Lose Your Belly Fat By Rubbing Your Tummy Every Day

You should be especially wary of foods that contain a heavy combination of carbohydrates and fat – especially common in ultra-processed foods. A single doughnut like the one mentioned earlier can contain 33g of carbs and 11g of fat.

Overall, a healthy diet should include ample amounts of fruits, vegetables, beans, whole grains, and tubers. This is consistent with the eating pattern in all five of the Blue Zones. The places around the world where people live the longest. These foods are also the lowest on the calorie-density scale.

It’s okay to occasionally include high calorie-density foods. But your average food intake should be low in caloric density to optimize health and body composition. Just a few simple steps. And you can eat as much as you want without ever worrying about counting those calories again.

Andrew Merle is a Certified Nutritionist who writes about living well.

How Our Gut-Brain Connection Influences Our Mood

There’s a highway that connects our intestine to our mental state - and it flows in both directions.
Read more
Health & Wellness

We all know eating fresh food and staying hydrated make our bodies happy, but you may be surprised how important our breathing...
Read more
Health & Wellness

Boost Your Emotional Health With A Plant-Based Diet

You are what you eat, and so is your brain, which means so is your mood. How can a plant-based diet affect...
Read more
Gardening

Grow Your Own Squash & Eggplant At Home

So, you wanna be a home gardener. It’s worth the work, especially when growing yellow squash and eggplant. Not only are these...
Read more
Health & Wellness

Eating Plant-Based on a Budget

When considering a transition to plant-based eating, affordability can be a major concern. Plant-based meats and cheeses are often more expensive than...
Read more

How Our Gut-Brain Connection Influences Our Mood

There’s a highway that connects our intestine to our mental state - and it flows in both directions.
Read more
Fitness

A Beginners Introduction to the Wonders of Pilates

Are you looking for a low-impact way to get fit? Pilates might be perfect.
Read more
Health & Wellness

Eating Plant-Based on a Budget

When considering a transition to plant-based eating, affordability can be a major concern. Plant-based meats and cheeses are often more expensive than...
Read more
Health & Wellness

Boost Your Emotional Health With A Plant-Based Diet

You are what you eat, and so is your brain, which means so is your mood. How can a plant-based diet affect...
Read more