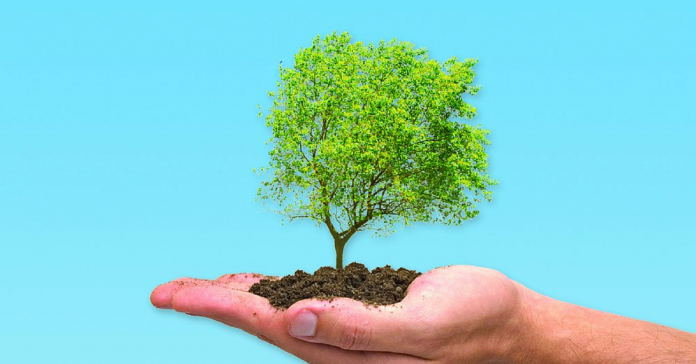 This iconic Bordeaux Wine is subtle but complex. Nose of wood and dark fruits with a hint of vanilla. Blackberries, black currant,...
Read more
Vitamins & Minerals

Color Me Pink: Makeup Options for Your Vegan Lifestyle

In the world with millions of lip liners and oodles of foundation, it’s sometimes a struggle to find a vegan makeup brand...
Read more
Wine

This breathtaking red blend is one of the best Moldova has to offer. The owners of Chateau Purcari personally oversee the winemaking...
Read more
Wine

California scores again with this smooth Pinot Noir, one of the best in America, according to our sources. The dark garnet color...
Read more

In this article, we will outline just some of the many reasons why going plant-based is better for the environment and a great way to celebrate just how much you love our Earth!

Earth Day 2020 is here, and even with the shelter-in-place, there’s one great way we know of to celebrate: transition to plant-based! Or make it your goal to try and limit your meat and dairy consumption this year.  Below we’ve listed just some of the many examples of how an animal-centric diet is actually quite harmful to the environment.

Bummed about not celebrating Earth Day outdoors? Luckily opting to go plant-based can be done entirely from within your own home. What better way to kick it off than trying one of our delicious breakfast recipes?

One of the easiest ways to reduce your carbon footprint and positively impact our planet is by going plant-based. What you may not know is that factory farms in the U.S. produce nearly 300 million tons of waste each year. Eating a diet high in plant-based foods can counter this statistic and help make a positive impact on the environment for the future.

According to the United Nations Food and Agriculture Organization (FAO), livestock production is responsible for nearly 15% of greenhouse gas emissions worldwide. Not to mention, methane gas warms the earth nearly 30 times faster than carbon dioxide. This means that animal agriculture is producing a huge carbon footprint. If more people adopted plant-based diets we could reduce our reliance on livestock production for food and in turn greatly impact the environment for good.

Also, going plant-based saves water! According to the FAO, agriculture accounts for 70% of global freshwater withdrawals, a huge environmental problem that is implicating animal and plant habitats. Consider this: It takes over 1200 gallons of water to produce an 8oz steak. Then, parts of the country, such as California, have experienced extensive droughts leading to wildfires that have negatively impacted entire communities! Is that steak really worth it? Probably not.

Furthermore, animal agriculture is also a huge contributor to deforestation and the destruction of animal habitats worldwide. This can impact both plant and animal species leading to endangerment and extinction. Not to mention, animals right here in the States are being greatly impacted by animal agriculture. It’s estimated that US livestock grazing impacts 14 percent of threatened or endangered animals and 33 percent of threatened or endangered plants.

Even if you can’t commit to going fully plant-based, think about ways to reduce your reliance on animal products. Plus, going plant-based isn’t just good for the environment, it’s good for YOU too! Plant-based diets are associated with a lower risk of heart disease, one of the leading causes of death in the U.S.

If you love our planet, just as much as we do, consider going plant-based to show your love this Earth Day!

How To Celebrate 4th July at Home

If this year’s July 4th has you celebrating at home, Plantie has some ideas on how to make sure this U.S. Independence...
Read more
Events

The moment we’ve all been waiting for! We’ve just announced the lineup for the first-ever International Virtual Wellness Summit, powered by Plantie,...
Read more
News

According to a recently published report in the Washington Post, there has been a serious decrease in Black-Owned Vegan Businesses, around 40%,...
Read more
Events

We are extremely excited to announce the launch of the first-ever Virtual Wellness Summit, powered by Plantie. The...
Read more